The #1 app to number your headings automatically Focus on your work and number your headings automatically. All headings within the macro are numbered. Stop wasting time by doing this by hand. 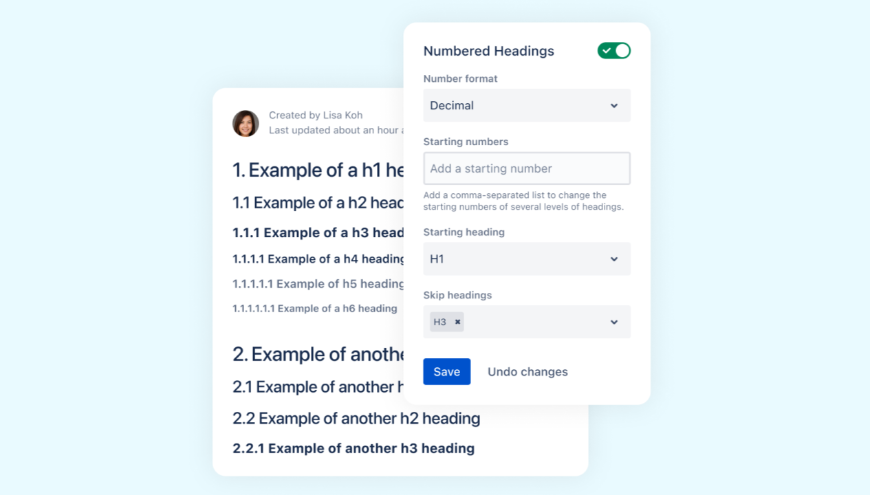 Don’t want the default numbering? Just choose a different formatting option. You can also skip headings, start at a specific number and much more. 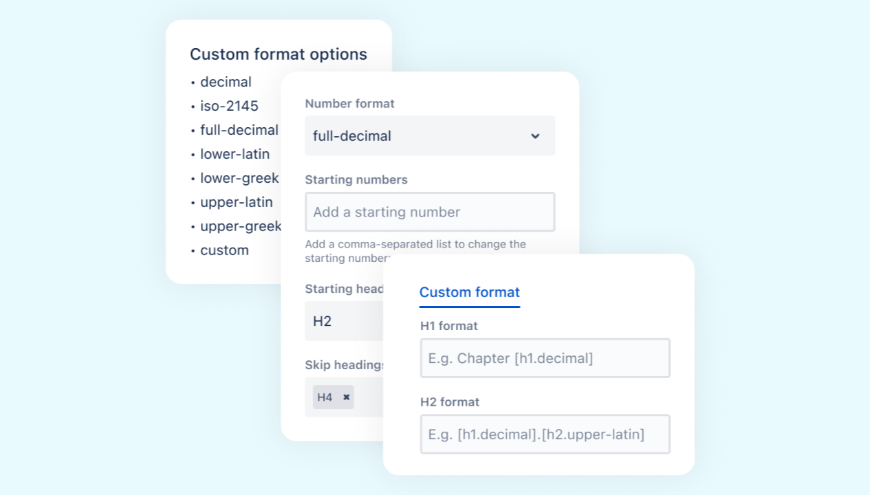 Exporting your pages is a breeze. Just use Confluence’s page export functionality. Headings that are numbered will export like you would expect them to.

*This product was formerly a Bob Swift app. 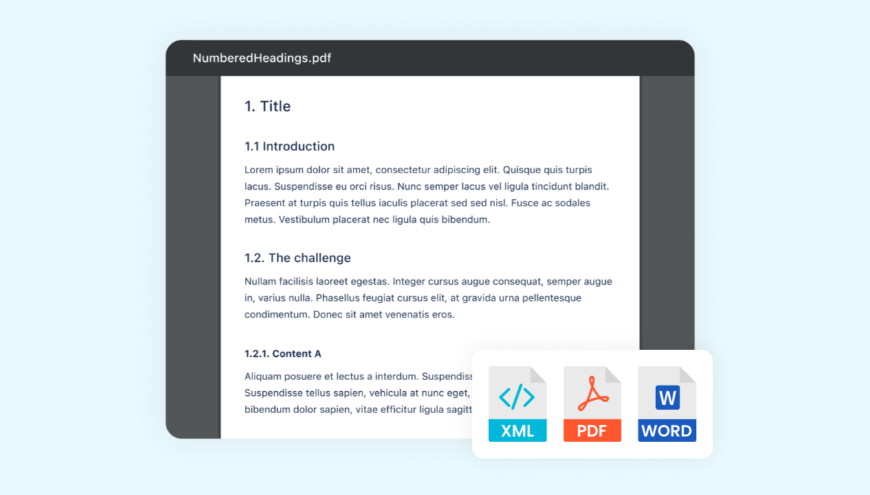 This app automatically numbers enclosed headings, any way you like. You can display your headings as decimals, lower/upper roman, latin, and greek, or use your own custom format. You can start numbering at a specified heading (excluding heading 1 for example) and start numbering with a specified number or character.

Numbered Headings integrates with your Atlassian product. This remote service can: