Create surveys within a few clicks. Control who can vote, who can see the results and other useful features. 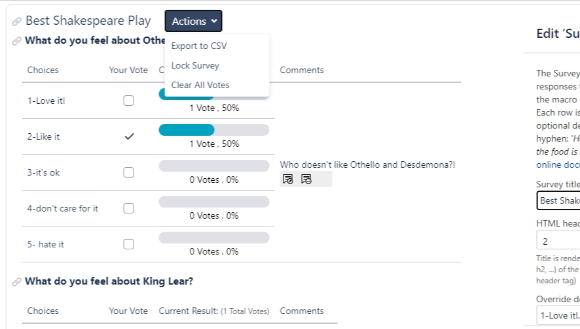 If you want users to select one choice from many then this is an easy way to do it. This macro creates ballots. 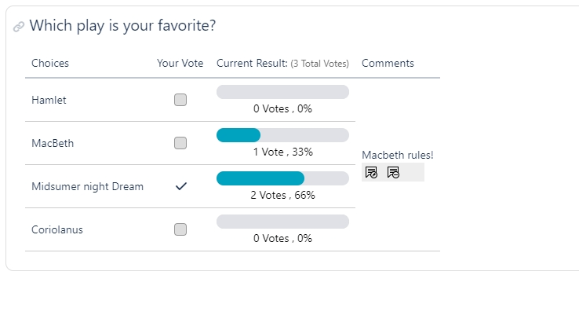 Control of your Macro so you can do what you want

This Macro lets you control many settings of how your Survey & Vote works and who can access it. 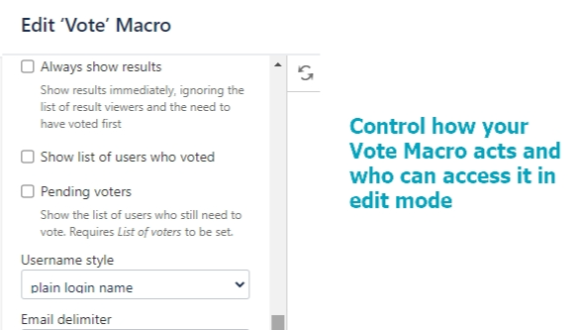 The Survey app allows Confluence users to take a survey consisting of several questions. Survey allows users to rank questions with a numerical ranking from 1 to 5 (by default) or they can be ranked using a custom iteration of values. After taking the survey a summary of survey results is rendered. Users that have not logged in will be prompted to do so before allowing them to cast a vote. Users can also leave comments on questions in the survey.

The Vote app allows users to vote on a question by selecting one of any number of choices. After a user votes a summary of voting results are rendered.

Provides Language Support for German and English. This plugin is the most used surveying plugin for Confluence since 2006.