Sprint automation for Jira is designed for large Agile at scale implementations, with multiple synchronized Release Trains like SAFe®.

Release Train Engineers and Scrum Masters with multiple teams can now orchestrate the synchronized start and end of the sprints for multiple teams from a single screen without further user intervention.

Sprint Automation for Jira saves hours, enabling Scrum Masters and Release Train Engineers to focus on helping the teams instead of clicking on multiple boards to complete the sprints. It's a safe and secure solution and a Cloud Security Participant.

Sprint automation for Jira integrates with your Atlassian product. This remote service can: 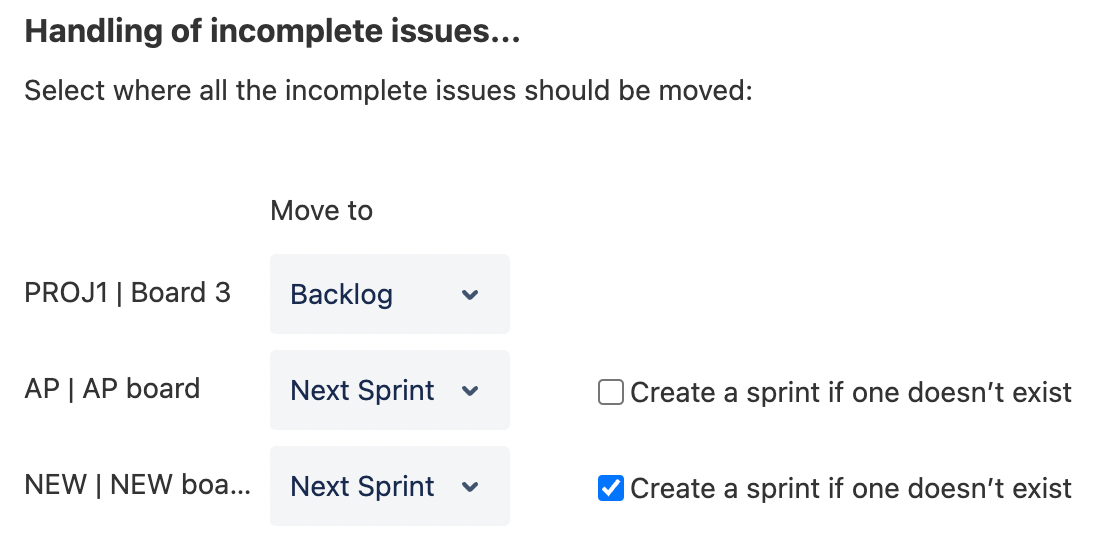 3 options for handling incomplete issues when closing the sprints automatically