With Release 2.0 the issue description language is checked before saving the issue. If the detected language doesn't match the required language, saving cannot continue. 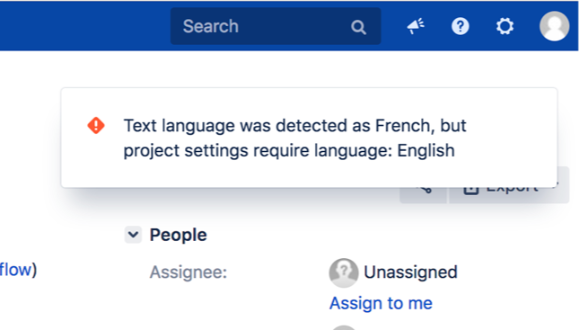 Clear mention of the language validated

Quickly see, by inspecting the validator, which language will be used to validate the issue description. 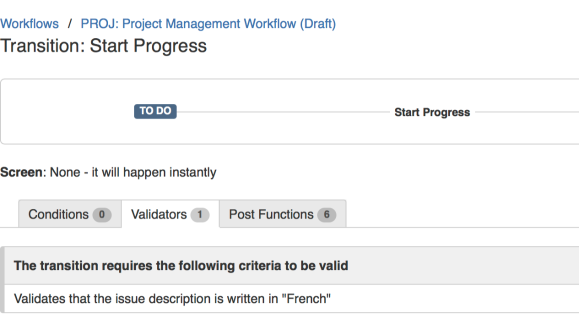 Actual language and the expected language

The error messages allow to see in what language the issue description was written in and which language was actually expected. 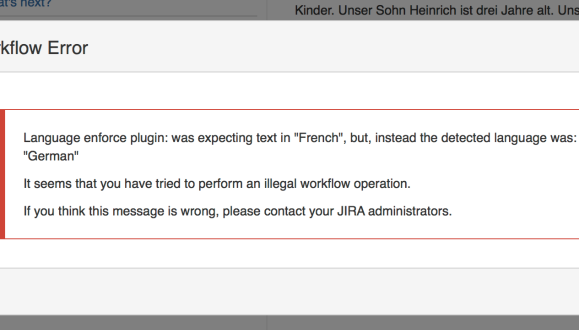 The Language Enforcer Jira Plugin allows you to control and constrain the language into which the issue description is written.

This can be highly useful for organizations that span multiple countries and cultures allowing to have a coherent project with all issues described in the same language.

The Language Enforcer plugin presents itself as a validator. It can be added as a validator between different states in the workflow you wish to control. Transitioning a Jira issue from a state to another will only work if the issue description is written in the language the validator was configured with between the two states.