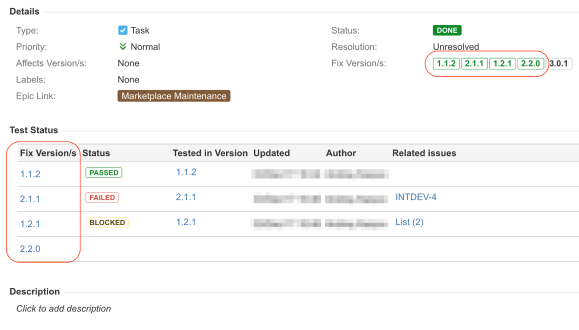 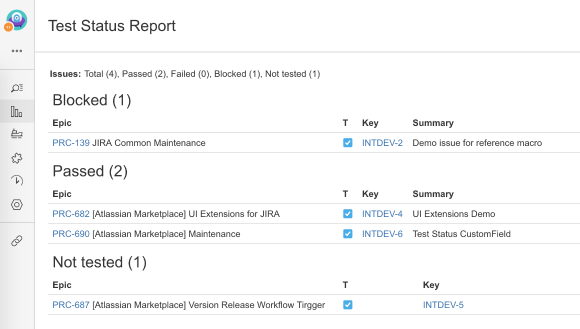 The custom field provides the lightweight solution for the testing management over the set of issues in one or several trackers being released under different Fix Versions.

It provides the most important functions:

That is just a small functional part of such a solid Test Managements frameworks like Zephyr or XRAY but it gives the basics which could be used to build your own custom and light test management process. 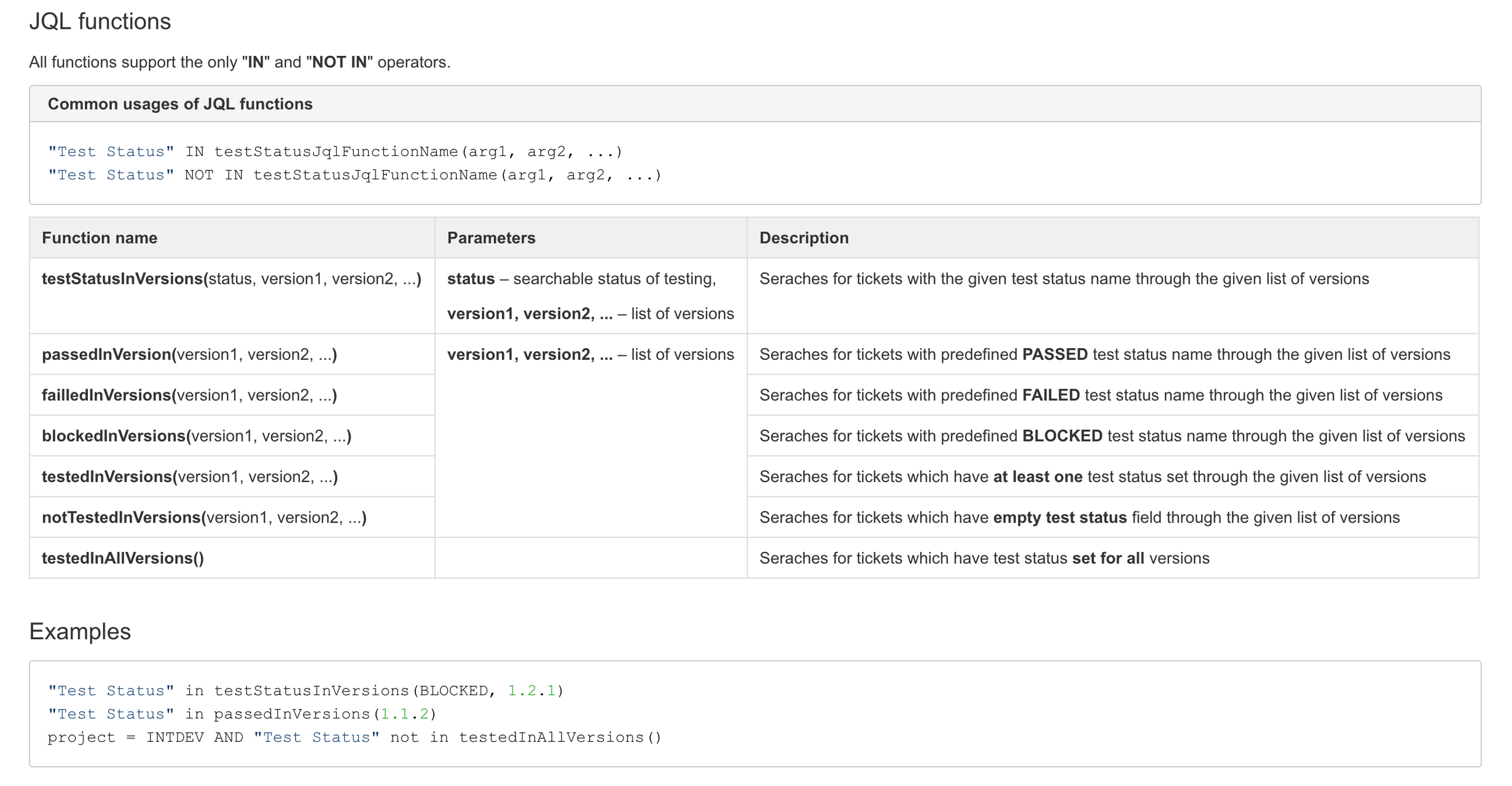 Details on the format, parameters and usages of the whole set of JQL functions