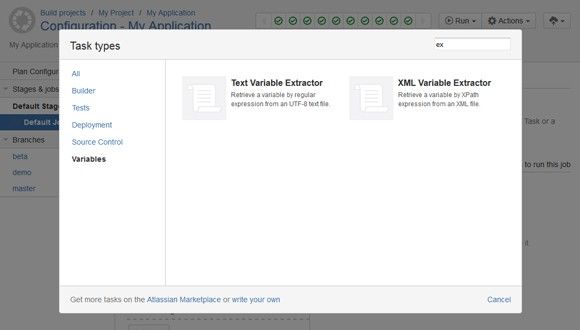 You can configure which file to query for which expression and where to store the result. 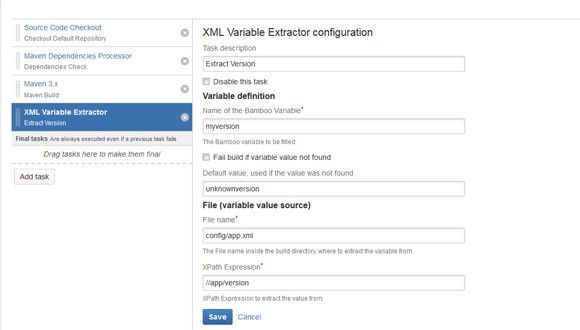 Use extracted variables in Deployment Plans

You can use the extracted variables in your Deployment Plans.

In both tasks you can define a file that should be searched for a configuration value, and a variable name where the result should be stored in your job. The variable can then be used in later step of your build and/or deployment plan, e.g. to define the generated release version.

In the task "Text Variable Extractor" you can specify a regular expression which should be searched for in the given file. The regular expression should contain exactly 1 group. The content of this matching group will be the value of the variable, if the expression matches. Only the first match will be used.

In the task "XML Variable Extractor" the file will be parsed as XML file. The given XPath expression will then be used to determine the String value of the variable.

If the extraction fails (e.g. expression not found or file not found) you can decide if you want the build to fail or use a default value.