Add Todo lists to a Jira Issue. Assign actions to a user and/or watch it. Create todo lists with workflow or prevent transitions

Add one or more Todo lists per Jira issue

One or more Todo lists can be created per Issue. Each list can have assignees and watchers. They can also be private (for your eyes only) 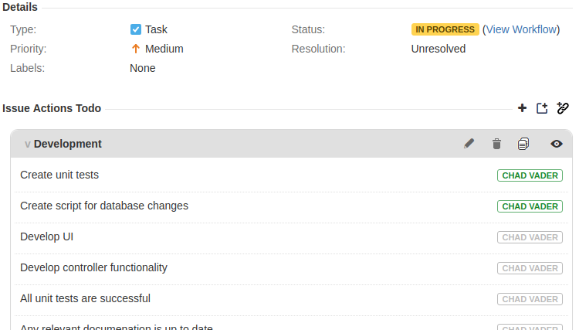 Todo lists can be added by any user with access to the Issue Actions Todo tab. 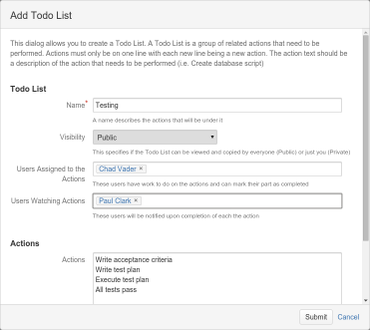 Todo lists can be made from pre-defined templates

Templates can be used rather than creating Todo lists from scratch each time. 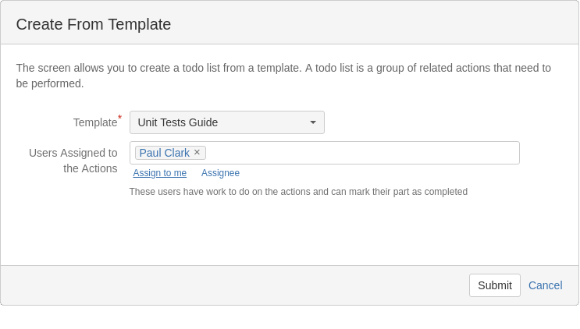 This plugin allows you to add one or more todo lists to an issue. Each todo list contains actions that need to be done and optionally watchers, who are notified upon completion of each action.