You can view how your transitions are ordered. 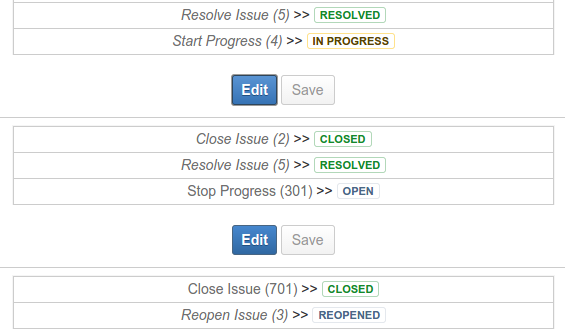 Common transitions can also be reordered and will be re-ordered in other steps they appear in.

The workflow selection screen can be accessed via the Issues tab under the Workflows section.